Tim grew up in South Africa as a missionary kid where he played baseball through high school. He attended Liberty University and was a four year starter as a walk on to the baseball team. As a right handed pitcher, he earned Big South Rookie of the Year honors in his Freshman year.

In 1998 he was drafted in the 20th round of the MLB draft and played six seasons in the LA Dodgers organization.

Since his release in 2004, Tim has been coaching youth and travel teams in the Charlotte area. He was the Charlotte Stampede Middle School coach for the last two seasons.

David is a former professional baseball player. He was drafted by the Detroit Tigers in 1996 and also played with the Cleveland Indians organization. He was a four year starter at Duke University and received All - ACC Conference and All -ACC Academic team honors his senior year.

Today he is the owner and operator of Darwin Sports Inc. and the Core Athletics facility. Hinson Field is the home training facility for the Charlotte Stampede.

David and his staff offer lessons and team opportunities for baseball and softball year-round at Core Athletics.

Phil. 4:13  "For I can do everything through Christ, who gives me strength." 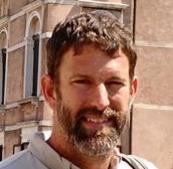 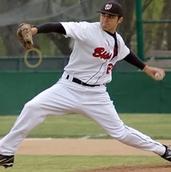 Charles has spent the past few years coaching various levels of youth baseball on teams, in camps, and in private lessons. Recently, he served as the pitching coach with Upper Arlington High School. His team posted an ERA of 3.07 and won a district title.

Charles graduated with a degree in chemistry from Ohio Wesleyan University. He was a four year letter winner for the Battling Bishops on the mound, earning All-Conference honors in three seasons. Cooper was also named Newcomer of the Year as a Freshmen. He led his team in wins, ERA, or strikeouts every year. Cooper graduated from Upper Arlington in 2011 where he was a two time letter winner and captain.

He enjoys sharing his love for the sport with players, while keeping them focused on achieving their goals.